NEW FOR THIS SEASON
Franchise Hockey Manager 6 is the deepest, most authentic hockey strategy experience you can find, including: 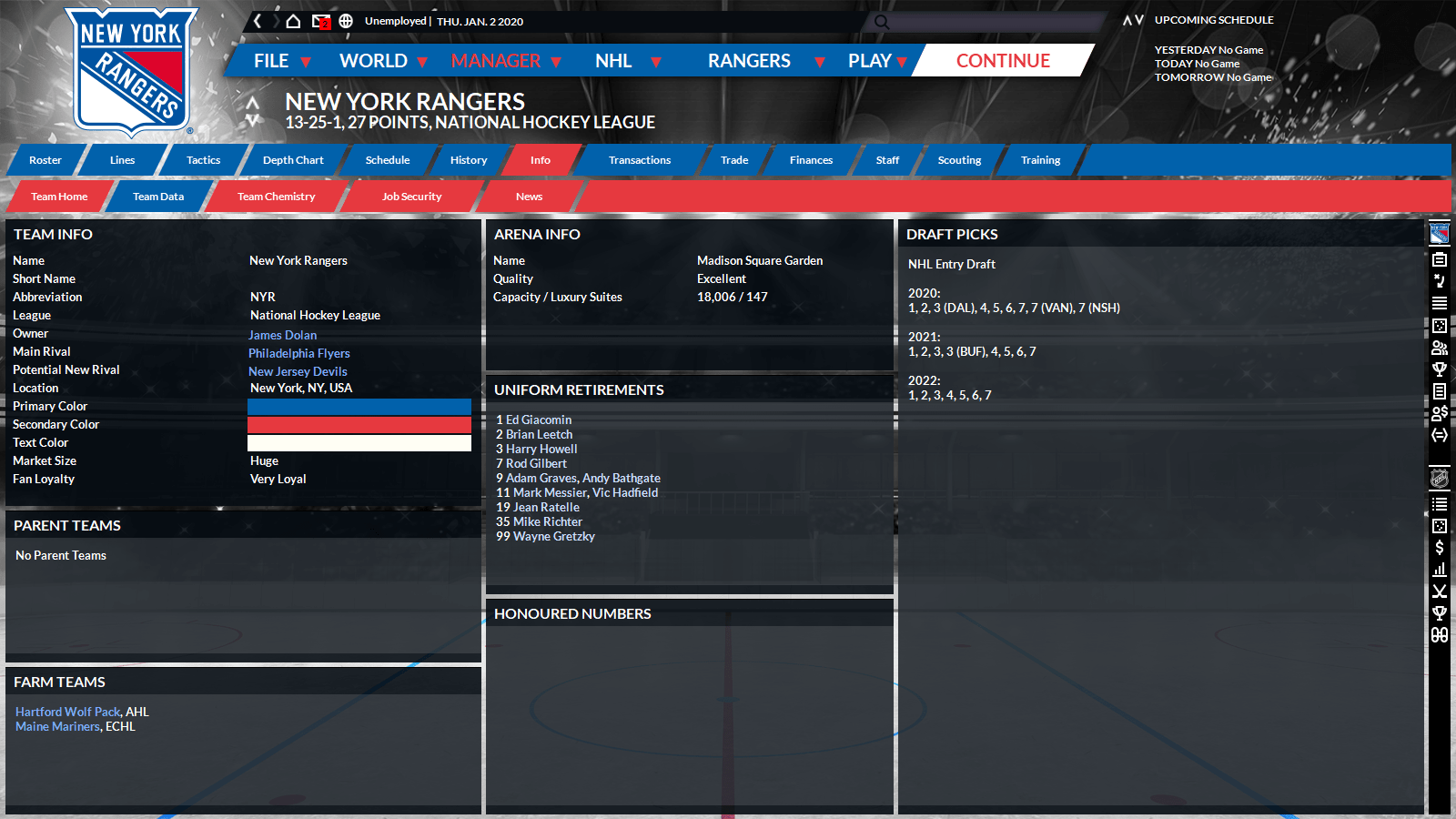 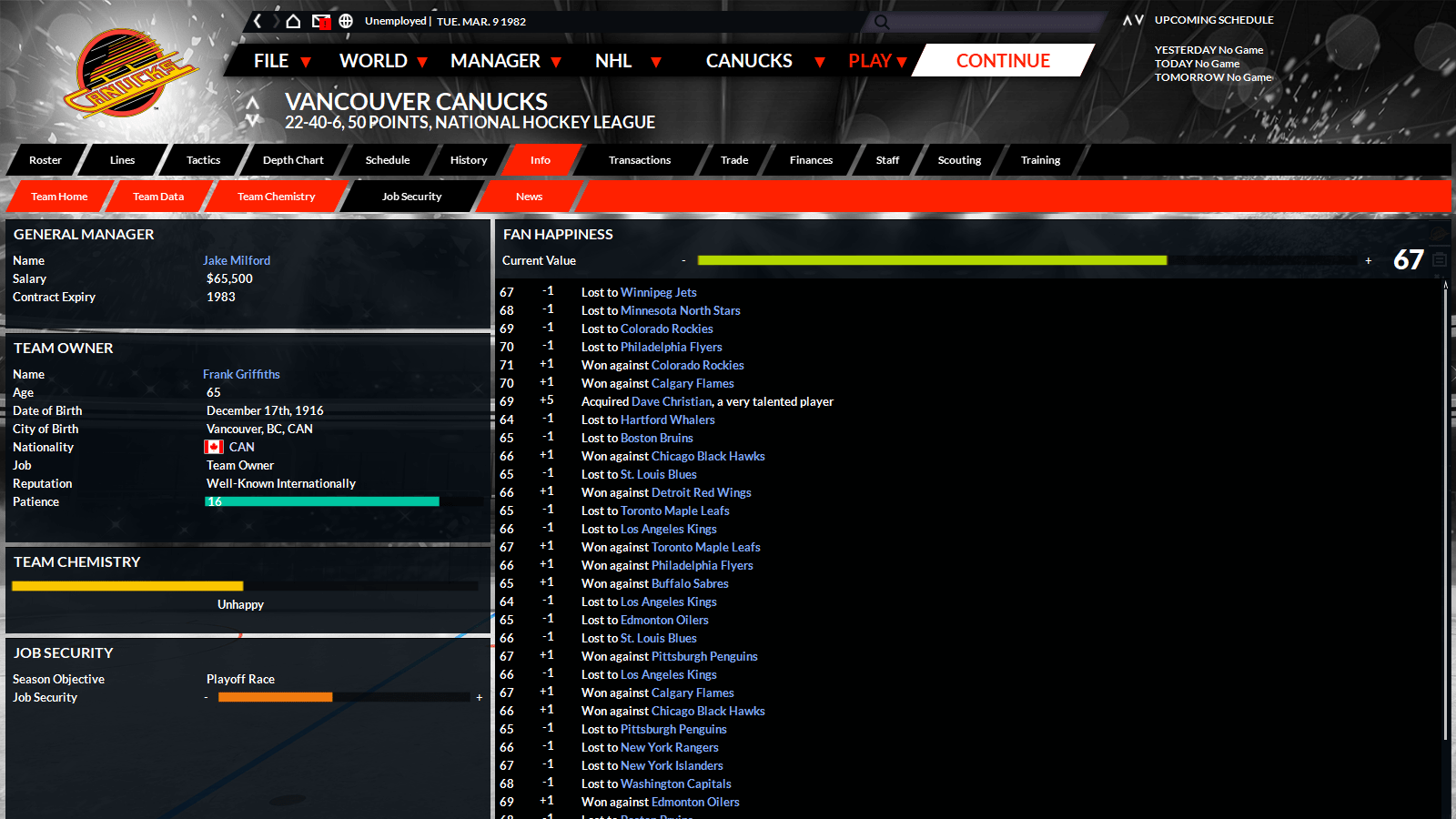 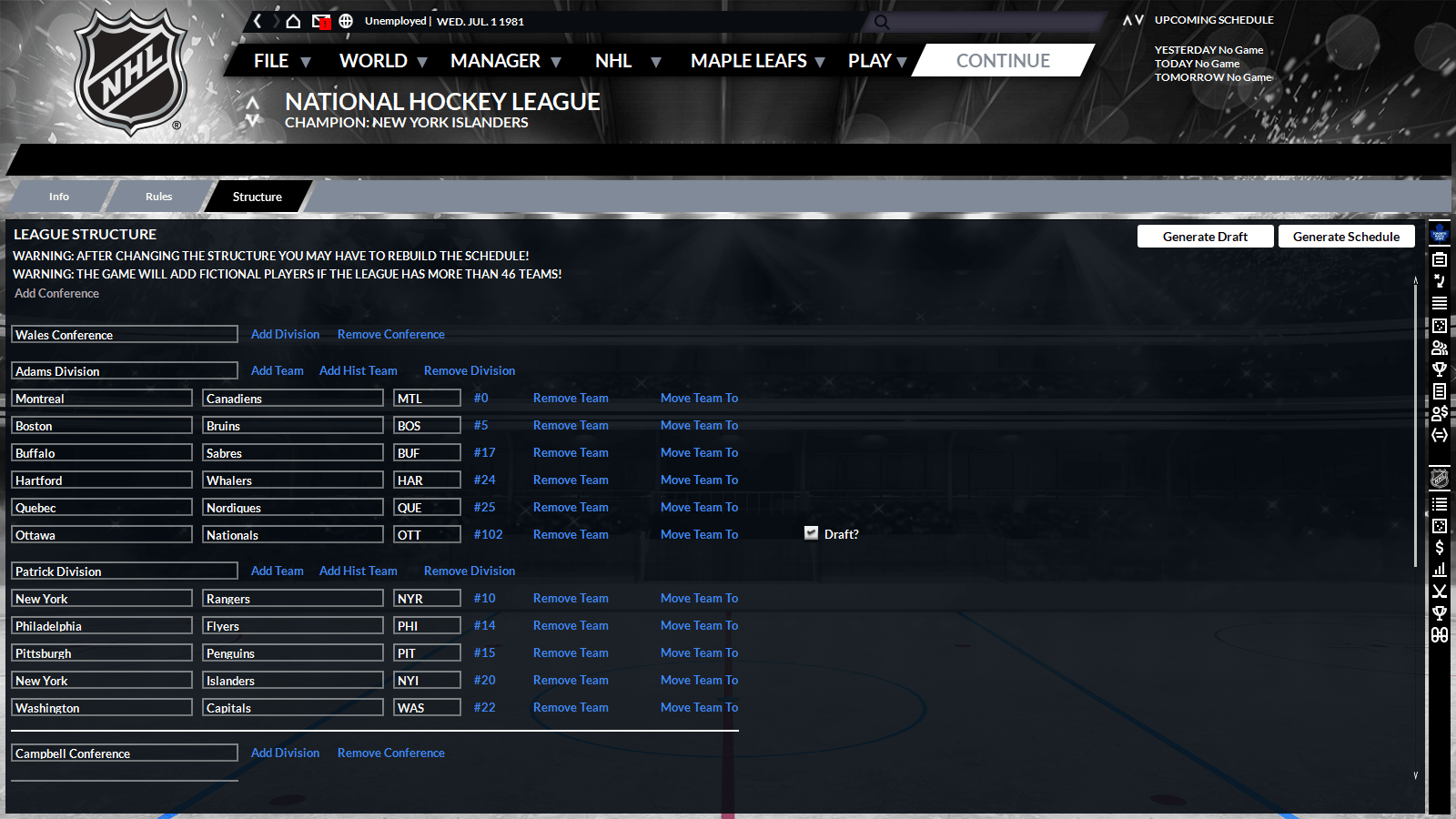 Alter history! Change the structure and evolution of historical leagues and teams 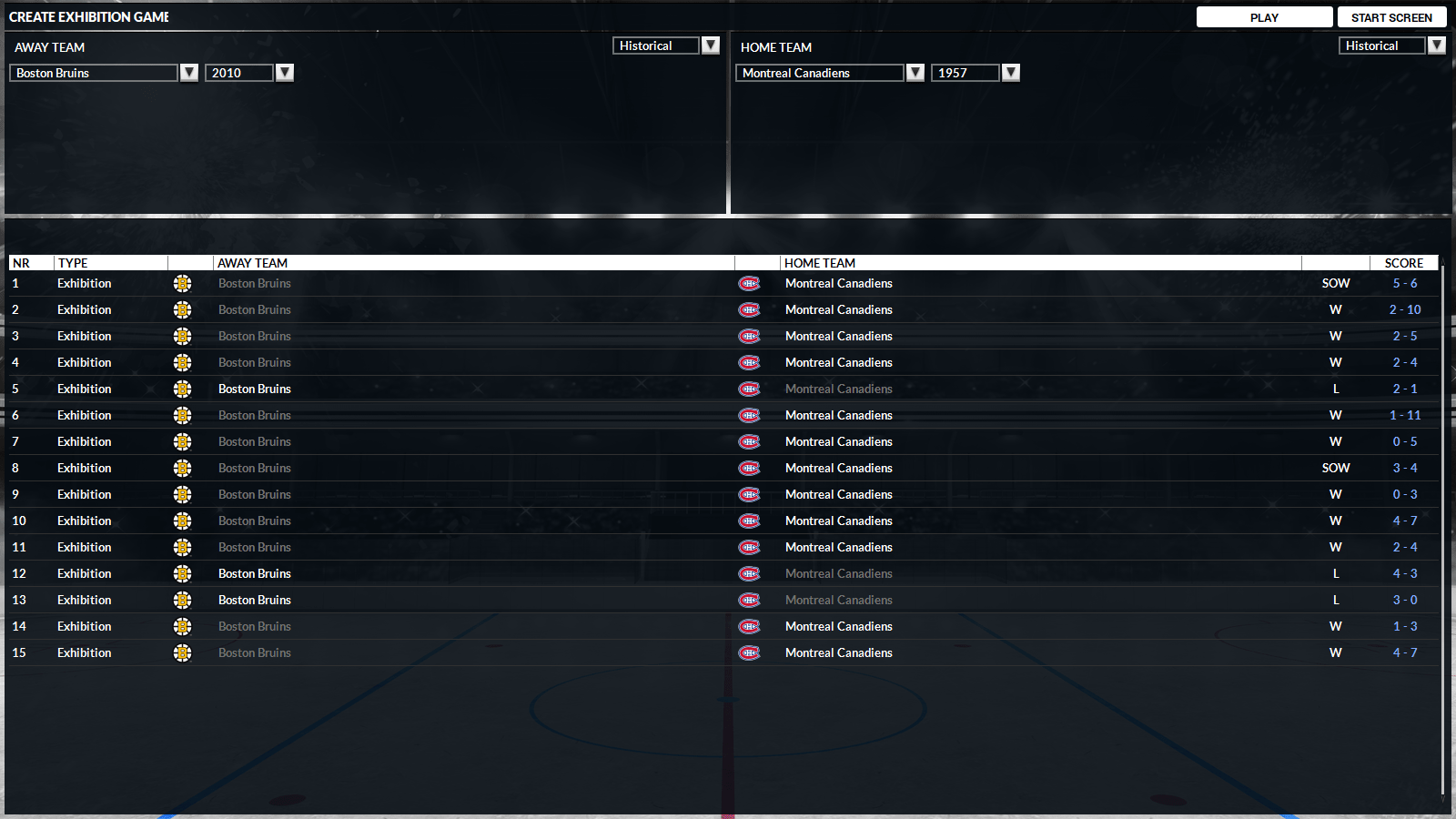 New exhibition mode! Pit teams from any era against each other, opening infinite possibilities for matchups. 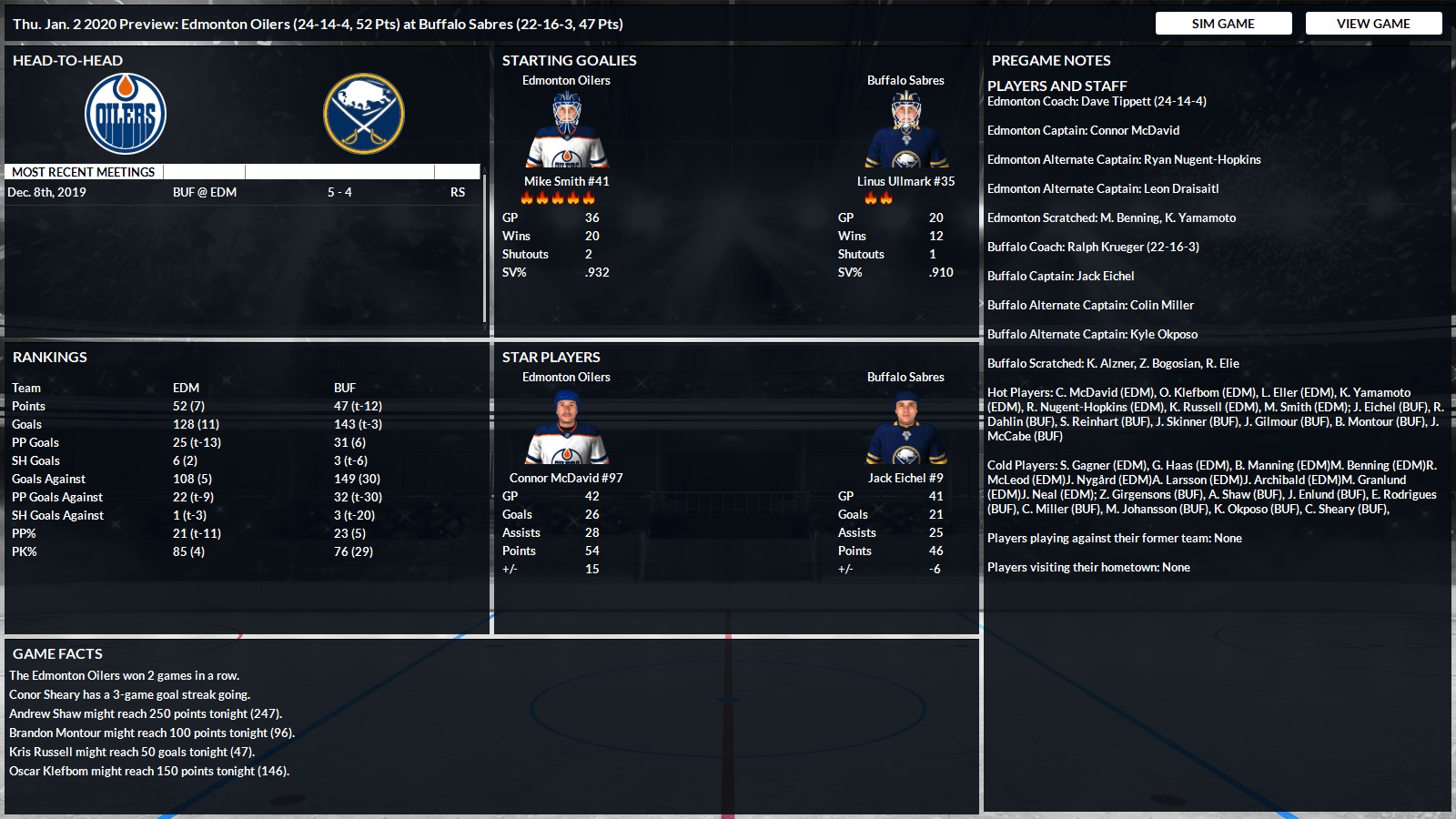 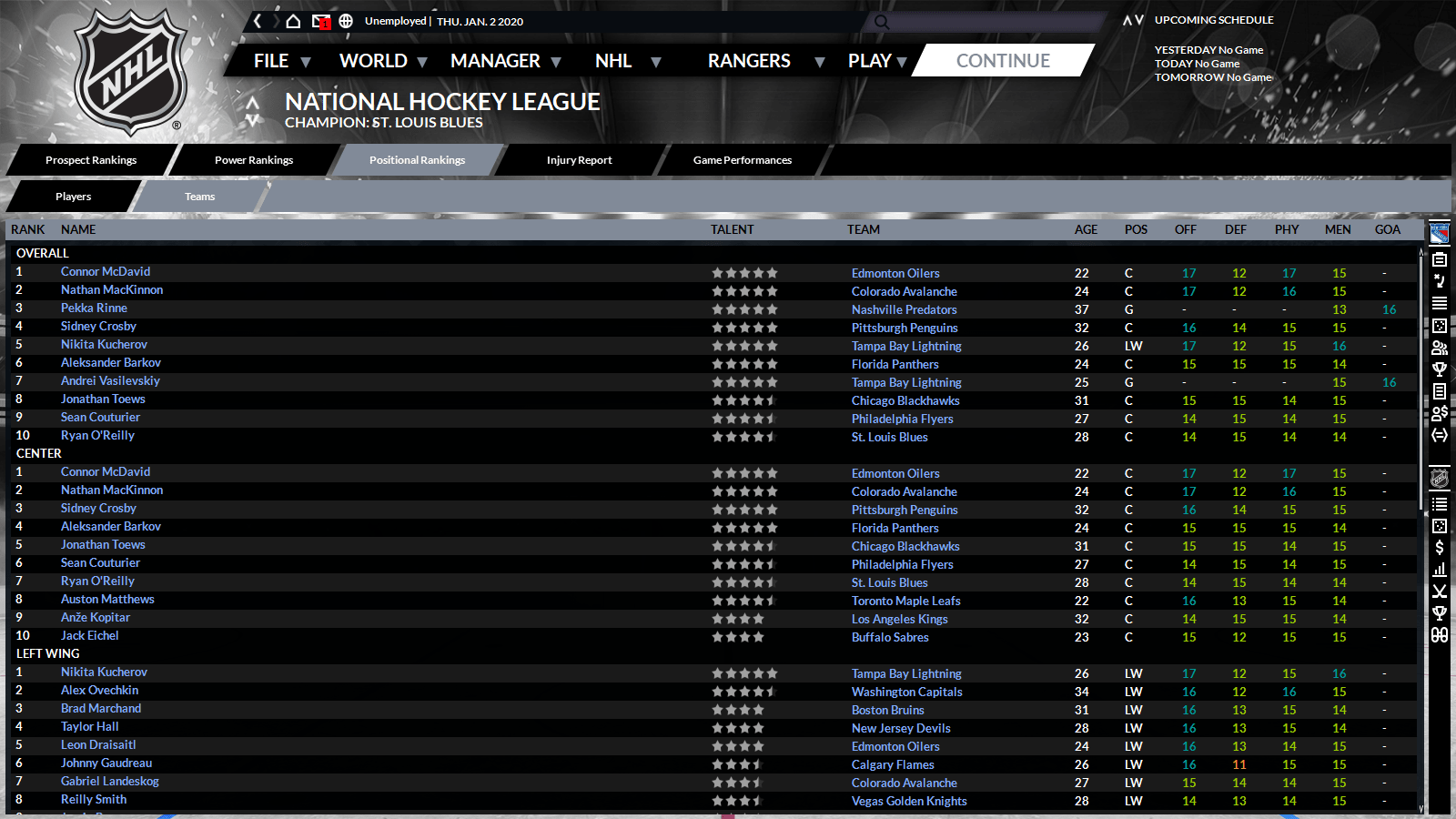 New Team reports! Tons of new information at your fingertips.

THE MOST HOCKEY EVER!

The ONLY NHL®-licensed game for PC. Unprecedented realism, featuring NHL® logos, the Stanley Cup®, uniforms, and histories for all 31 teams.

Rivalries have always been at the heart of the NHL®, propelling teams to success and failure. Games between rivals now have extra significance and effects, and will change over time in response to in-game results. Rivalries appear, grow, decline, and disappear.

Fan Happiness is now tracked, and changes in response to how you perform. In-game events and actions affect team chemistry, attendance, and owner satisfaction – so keeping the players and fans happy now affects your job security.

Play with and against legendary coaches, general managers, and owners, or step into their shoes with the new “Play as” mode that lets you take the identity (and abilities!) of a real GM.

Pit teams from any era against each other, opening infinite possibilities for matchups.

FHM 6 offers dozens playable leagues for the 2019-20 season, including the National Hockey League®, minor leagues in North America, the Canadian major junior leagues, and leagues across multiple levels of European hockey. New leagues include German, Swiss, and UK second divisions, and the Spengler Cup. All included leagues feature real current rosters, based on countless hours of detailed research and work on player ratings.

Lock players to a specific line for greater impact to your strategy.

Suspensions for on- or off-ice incidents, stat-adjusted talent ratings, and personality ratings that evolve in response to game event.

A wide variety of scenarios to test your skill.

German, Swiss, and UK second divisions, and the Spengler Cup

Can you defeat your friends to hoist the Stanley Cup®?

The ONLY PC game officially licensed by the NHL®

Off the Bench Baseball

“The premier MLB simulator and possibly best game in the world.”

“You can decide what happens in your own baseball league.”

“This game really does get better every year.”

“My favorite sports game out there – and it’s not even close.”

“Franchise Hockey Manager 6 lives up to the OOTP name in terms of detail and customization.”

5/5: “This is the best hockey management simulation currently available on the market.”

“FHM6 is a hockey nerd’s dream”

”FHM6 gives easily the players a bang for their buck.”