NEW FOR THIS SEASON 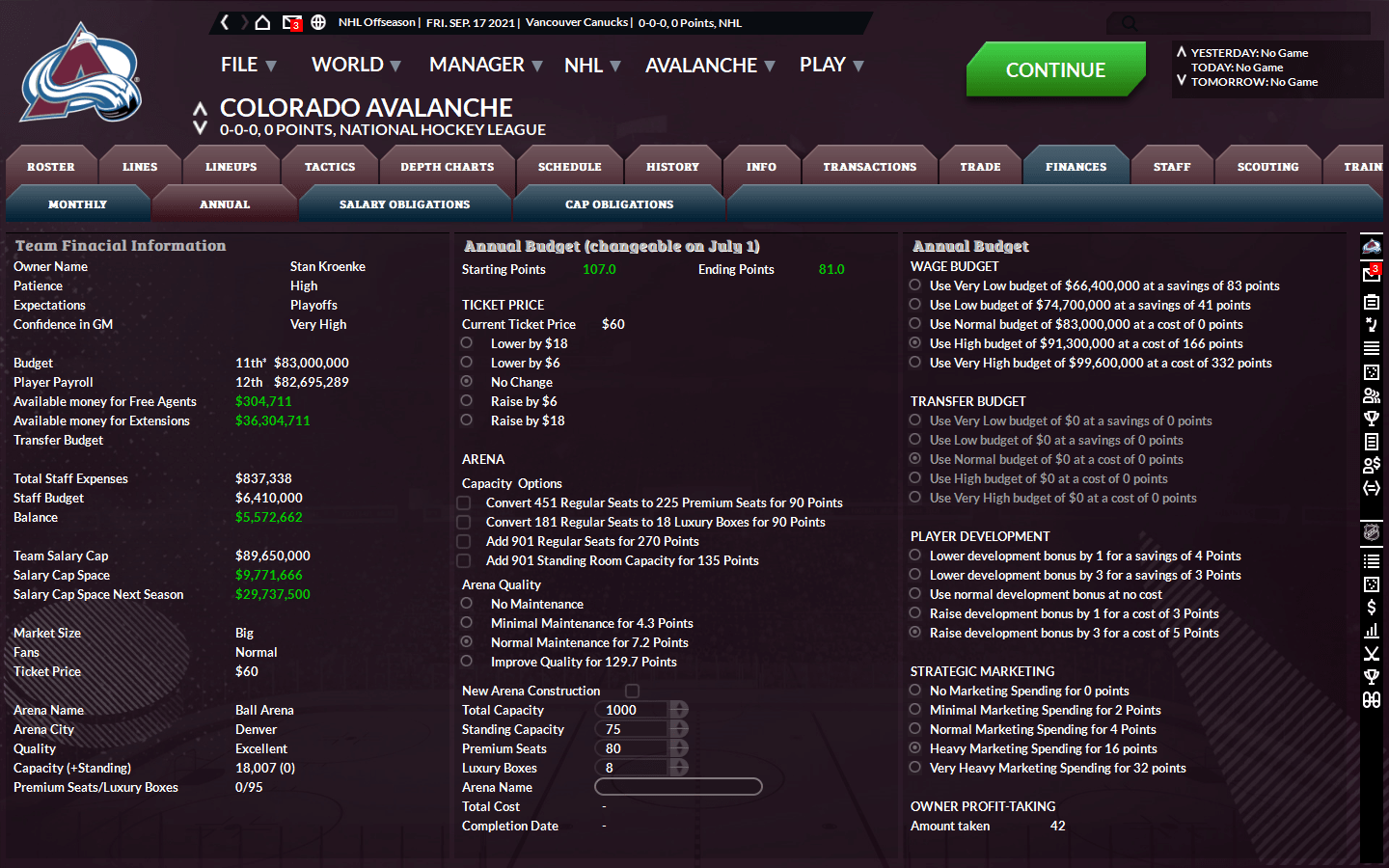 Build your Legacy with the new financial system, allowing you much more control over your budget and operations. 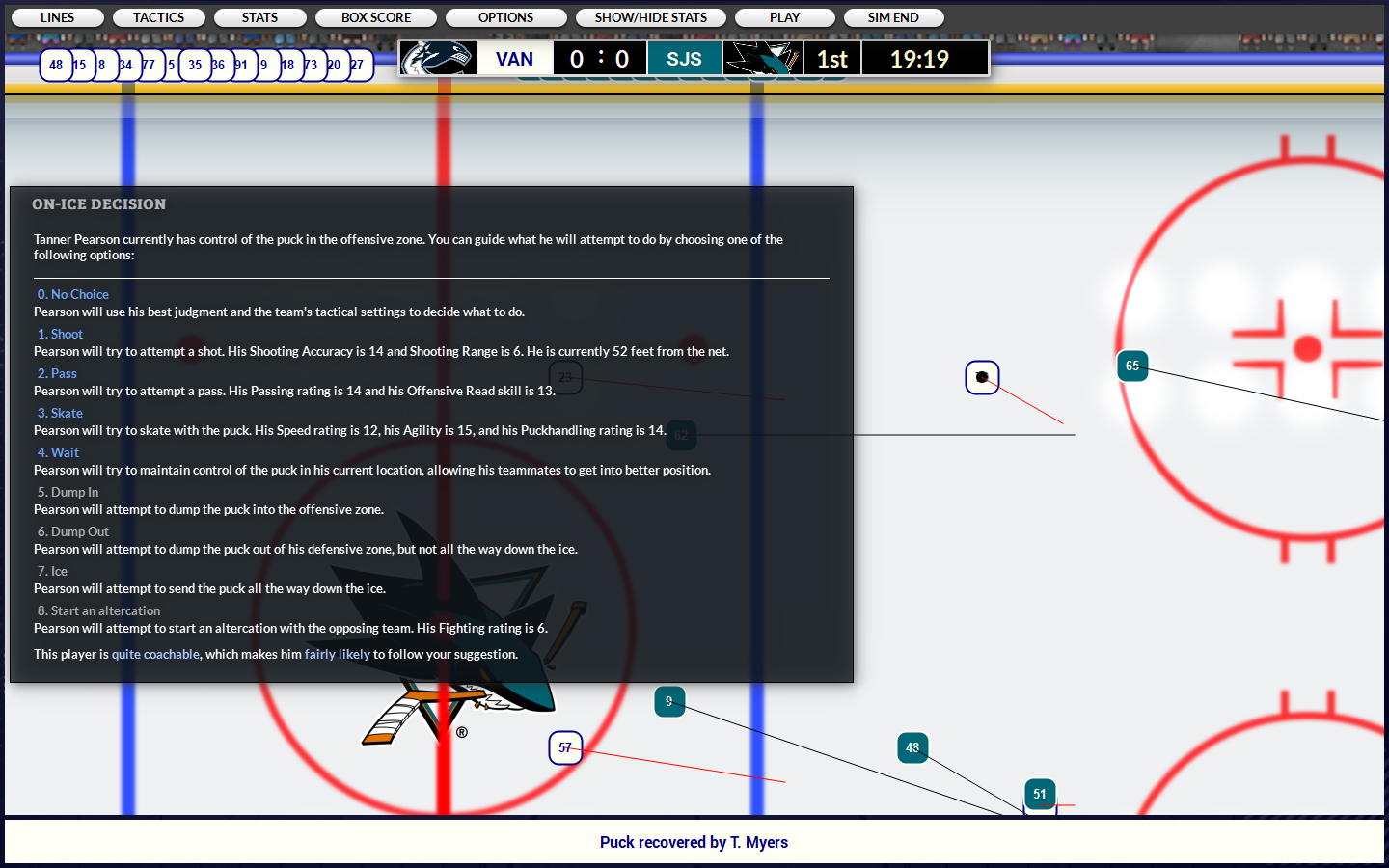 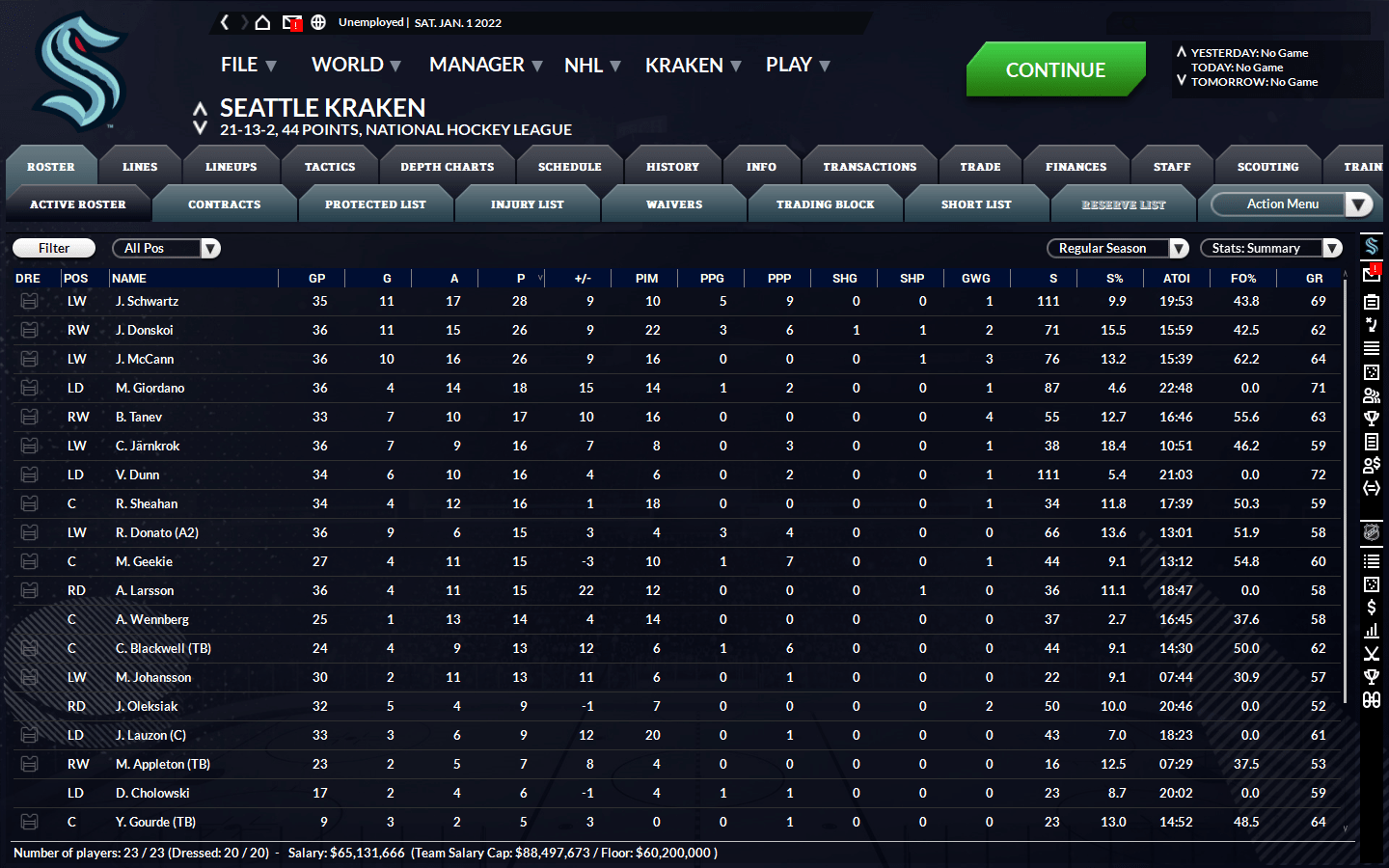 Release the Kraken! Draft your own version of the expansion Seattle Kraken or enter the league with their real lineup. 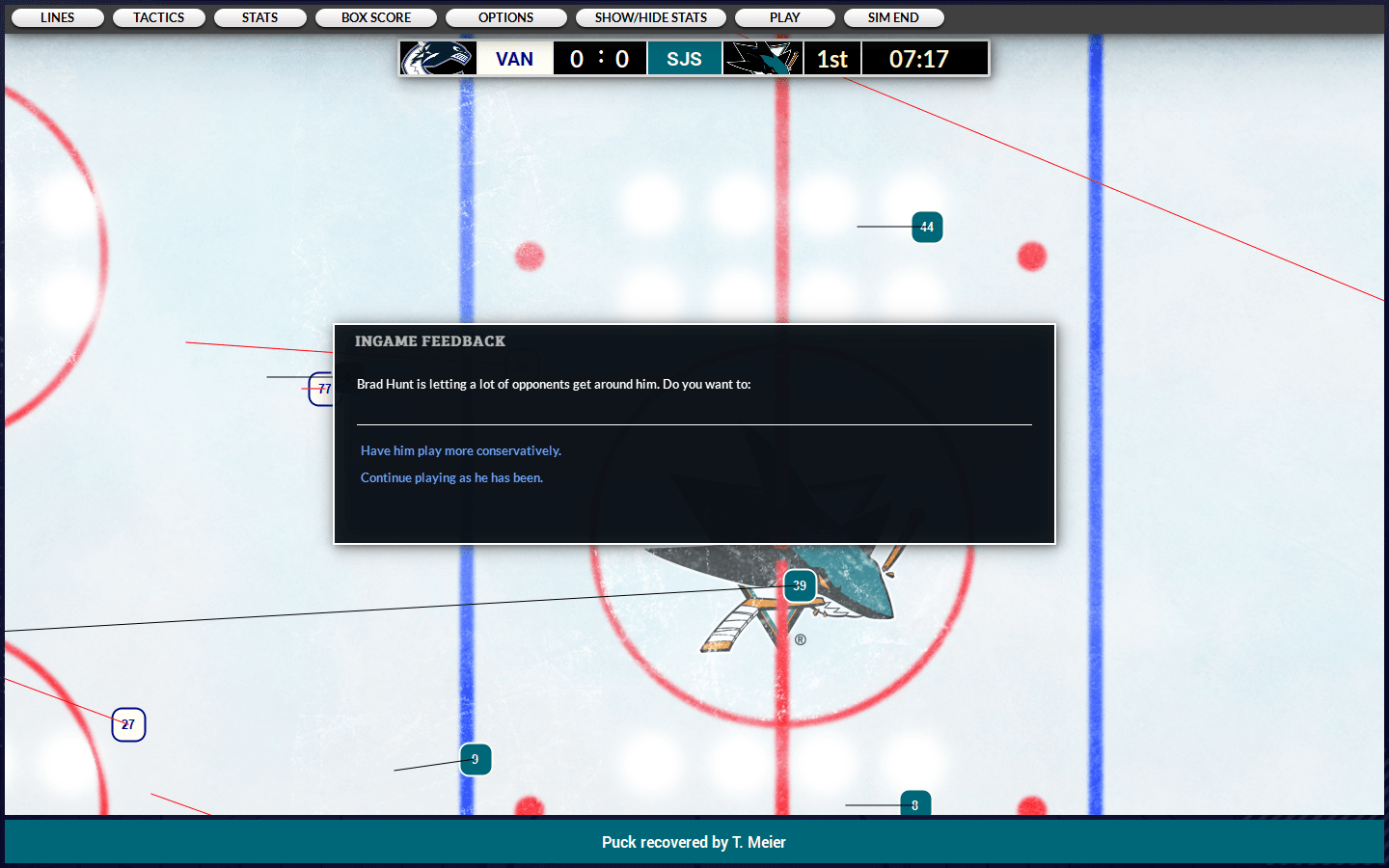 Alter players’ styles and tactics in response to game events. 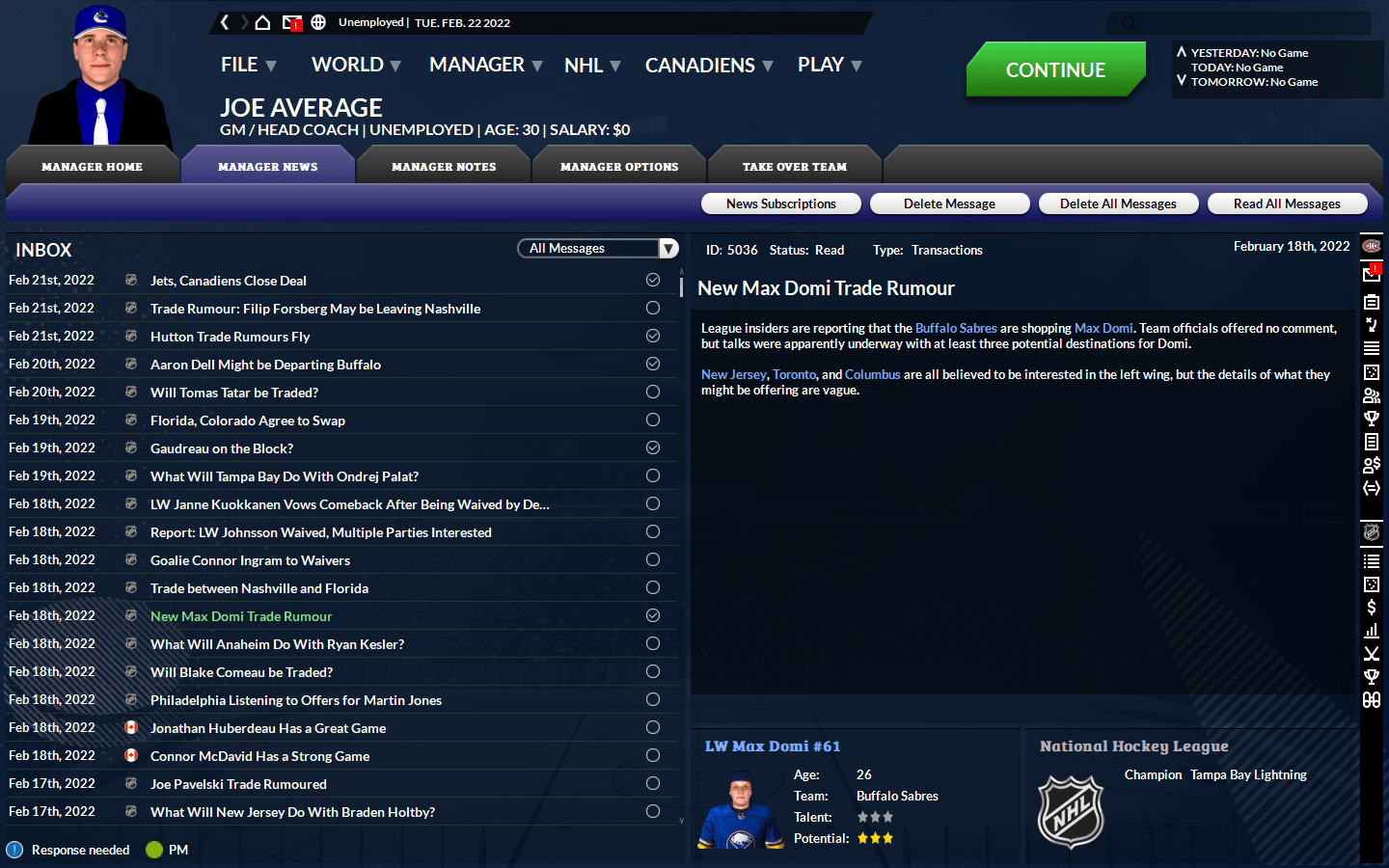 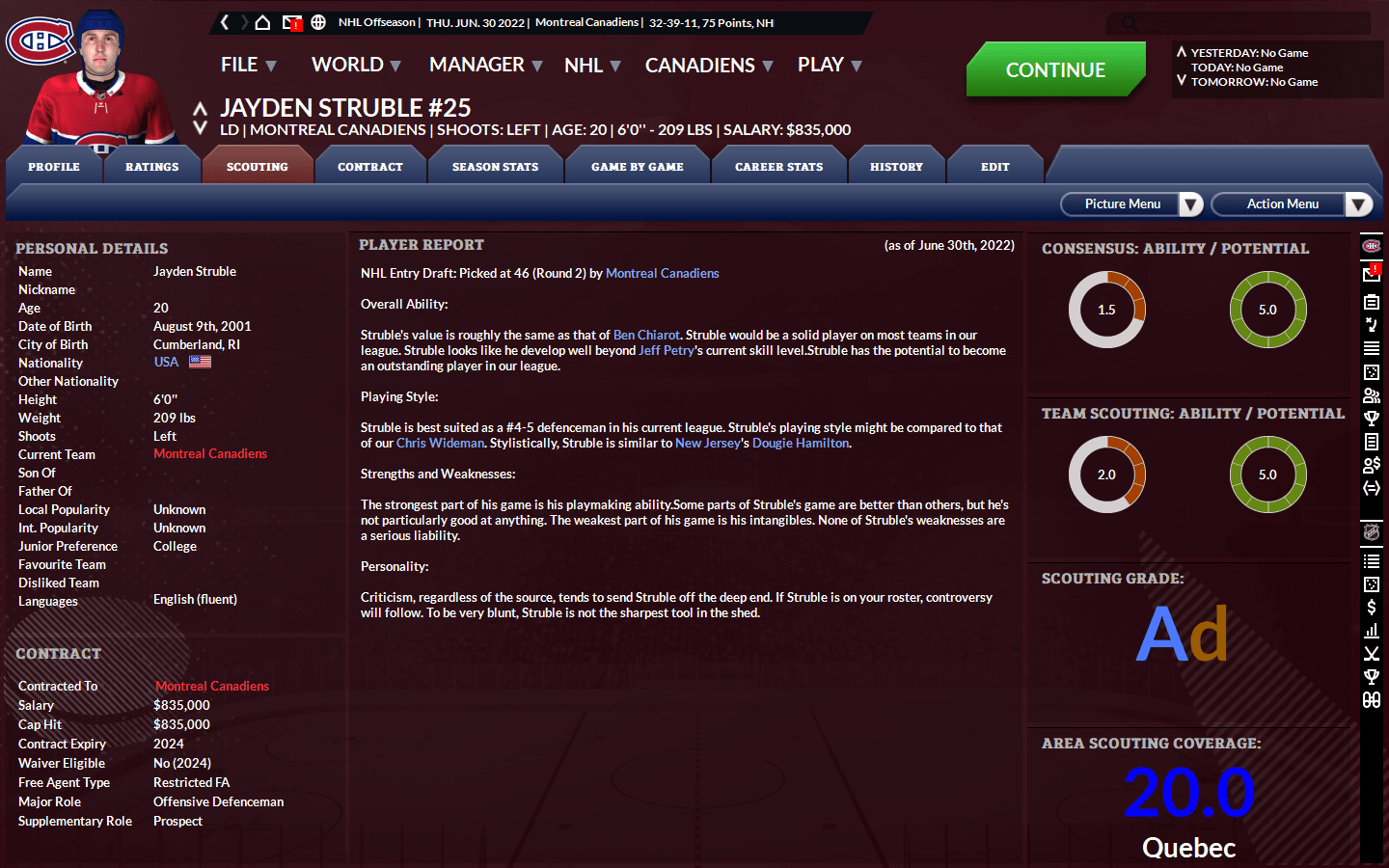 LEAVE YOUR MARK, BUILD YOUR LEGACY

The fans are back in the stands, and we have fully-updated rosters, teams, leagues, and stats for the 21-22 season.

Junior, College, and European leagues in historical games have been significantly fleshed out, so young players will no longer just be free agents before they’re signed or drafted, and the Sponsorship/Affiliate system that was used by the NHL up until the 1960’s is now simulated as well.

European teams will now be able to take steps to improve the quality of the young players entering their youth systems.

Trading difficulty can now be adjusted, allowing for easier or more difficult trade negotiations – or nearly impossible ones!

A new postgame analysis screen points out the good, the bad, and the ugly of both teams’ performances.

The 2D game system has undergone many changes to improve player behaviour, animation, and statistical output, and received some new graphics and animations.

2D Mode now has a “highlights” option that’ll allow you to view only the game’s key moments, or just the goals.

Custom games can now add tournaments that allow the participation of teams from multiple leagues, and can add new leagues after the game has started.

Players now have a user-editable “Notes” view that can be used to record your own notes, reminders, etc. regarding them.

THE MOST HOCKEY EVER!

Can you defeat your friends to hoist the Stanley Cup®?

The ONLY PC game officially licensed by the NHL® 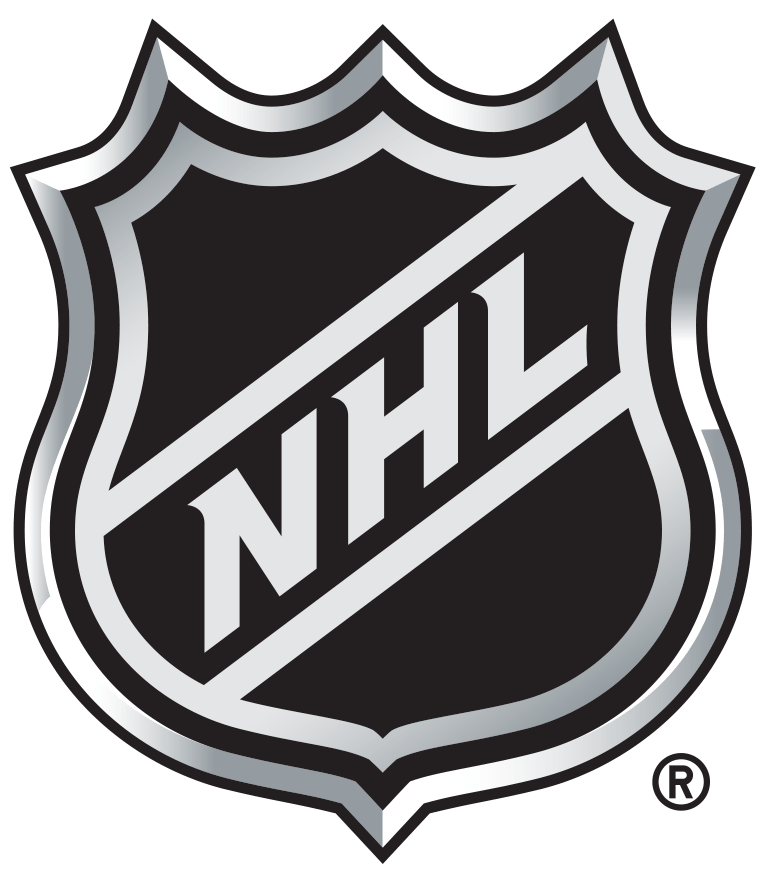 NHL, the NHL Shield and NHL Conference logos are registered trademarks of the National Hockey League. All NHL logos and marks and NHL team logos and marks depicted herein are the property of the NHL and the respective teams and may not be reproduced without the prior written consent of NHL Enterprises, L.P. © NHL 2021. All Rights Reserved.
SPECIFICATIONS

WINDOWS

More OOTP Content
FORUM
DISCORD
PODCAST
AWESOME, I WANT TO BUY NOW!
We use cookies on our website to give you the most relevant experience by remembering your preferences and repeat visits. By clicking “Accept”, you consent to the use of ALL the cookies.
Do not sell my personal information.
Cookie SettingsAccept
Manage Consent

This website uses cookies to improve your experience while you navigate through the website. Out of these, the cookies that are categorized as necessary are stored on your browser as they are essential for the working of basic functionalities of the website. We also use third-party cookies that help us analyze and understand how you use this website. These cookies will be stored in your browser only with your consent. You also have the option to opt-out of these cookies. But opting out of some of these cookies may affect your browsing experience.
Necessary Always Enabled
Necessary cookies are absolutely essential for the website to function properly. These cookies ensure basic functionalities and security features of the website, anonymously.
Functional
Functional cookies help to perform certain functionalities like sharing the content of the website on social media platforms, collect feedbacks, and other third-party features.
Performance
Performance cookies are used to understand and analyze the key performance indexes of the website which helps in delivering a better user experience for the visitors.
Analytics
Analytical cookies are used to understand how visitors interact with the website. These cookies help provide information on metrics the number of visitors, bounce rate, traffic source, etc.
Advertisement
Advertisement cookies are used to provide visitors with relevant ads and marketing campaigns. These cookies track visitors across websites and collect information to provide customized ads.
Others
Other uncategorized cookies are those that are being analyzed and have not been classified into a category as yet.
SAVE & ACCEPT